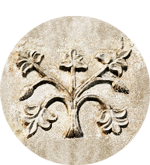 Following the first international doctoral and postdoctoral school on ‘The Dynamic Middle Ages’ in Moscow in 2012, the Centre for Medieval Studies and the Department of History of the National Research University Higher School of Economics (Moscow) will organize a second international PhD and post-doctoral training school on the same topic in Moscow from 7th to 10th  October 2014.

The second international doctoral and postdoctoral school on ‘The Dynamic Middle Ages’ is a three-year programme with European partner institutions. It will be conducted in three phases, with each spaced a year apart at three different locations, as follows:

1) In October 2014 at the Higher School of Economics (Moscow, Russia) with a focus on “The Dynamics of European Cultures and Societies in the Middle Ages”;

3) In the summer or autumn 2016 at the Heinrich Heine University (Düsseldorf, Germany) with a focus on “Materiality and Production in the Middle Ages”;

2) In the summer or autumn 2017 at University of Sheffield (Sheffield , UK) with a focus on “The Making of the Middle Ages”.


Applications are invited from PhD students in medieval history whose research is in the fields of West, South-East and East European studies, or in that of Byzantine studies. Their dissertation projects must be focused on dynamic elements in medieval cultures and societies. It is expected that applicants commit themselves to participating in all three phasesof the training school, should they be invited to the next phases by the conveners. No further applications for the next phases will be required from those students taking part in the first course in Moscow.

Language of communication for the programme is English.

The first phase of the school (in Moscow) is convened by the Higher School of Economics (Professor Mikhail Boytsov), with the support of the German Historical Institute in Moscow, the White Rose University Consortium (UK), and the Heinrich Heine University in Düsseldorf.

School sessions will consist of a series of lectures and seminars delivered by prominent historians from various European countries and a discussion of the participating students’ doctoral projects.


Doctoral students from all European nations are eligible. An applicant must have started his/her PhD at the time of application.

-       CV including, where appropriate, a list of publications, papers, workshops and colloquia attended as well as participation in summer schools and pedagogical experience;

-        Reference letter from the applicant’s supervisor or Head of Department.


Applications and enclosed documents (in Word and/or PDF) should be sent electronically to: dynmidages@gmail.com by the 20th of April 2014. The selection will be made by international committee of experts.

Students who are selected and invited to take part in the School are expected to:

-        make an oral presentation of their project at the training school;

-        take an active part in discussing other projects;

-        take part in the second and third phases of the school in Sheffield and Düsseldorf if invited by the conveners.


All travel, accommodation as well as visa costs will be covered by the conveners.