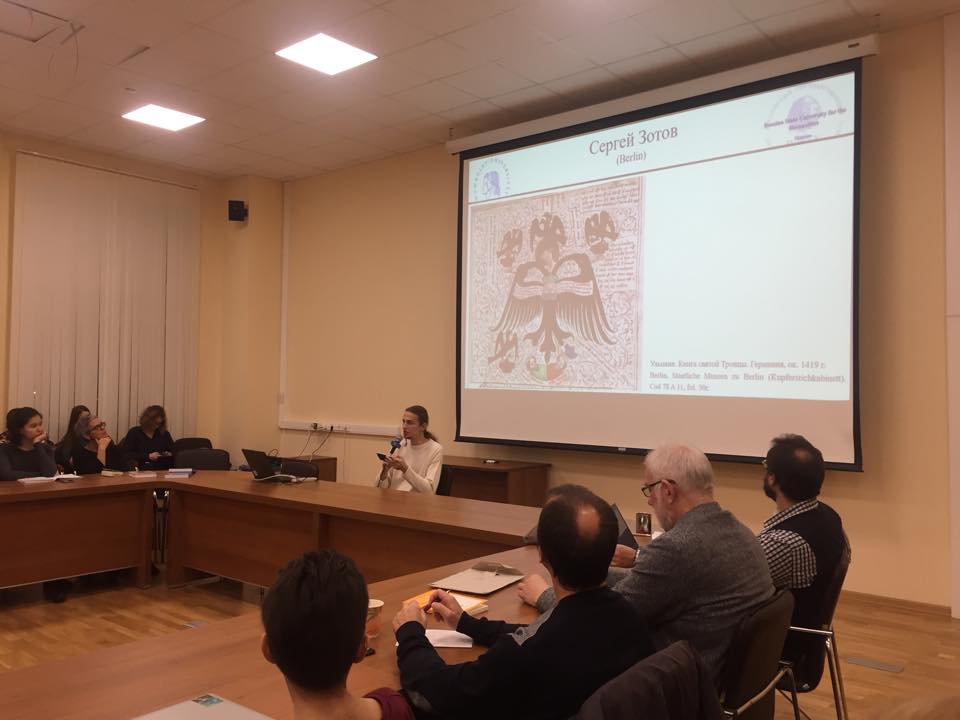 On 29 October 2019, Sergey Zotov, one of the authors of the widely popular social media page 'the Suffering Middle Ages' (now also published as a book), presented his research in the 'Symbolic Middle Ages' seminar series. He provided an overview of the interplay between the development of goldsmithing and alchemy in five countries: Germany, Italy, France, England, and the Netherlands. Zotov discussed the intellectual history of alchemy, its social role, the networks of patronage that enabled alchemists, the relations between alchemists and political authorities (for example, the Medici and Rudolf II were notable supporters of alchemist experiments and knowledge production). More specifically, the paper focused on the history of important manuscripts, which contained alchemist treatises, and material objects that represented the merging of alchemist theories with political and religious symbolism in the late Middle Ages and Early Modern period.