Professor Katalin Szende’s research concentrates on medieval towns in the Carpathian Basin and Central Europe, with regard to their society, demography, literacy, everyday life, and topography. She is the author of Trust, Authority and the Written Word in the Royal Towns of Medieval Hungary (2018), editor of Medieval Buda in Context and Medieval East Central Europe in a Comparative Perspective (both 2016), board-member of the International Commission for the History of Towns and founding member and acting president of the Medieval Central Europe Research Network (MECERN).

On May 24, 2019, Professor Katalin Szende gave a public lecture titled “Urban Networks in Medieval East Central Europe”, which discussed the variety of urban networks that developed and existed in East Central Europe (first and foremost the kingdoms of Bohemia, Hungary, and Poland) in the 13th to 15th centuries. This was a period when cities and towns were founded in Europe in ever-growing numbers, a process that allowed this part of the continent to create structures comparable to Western Europe in many respects while retaining contacts with the South and the East.

In her lecture, Professor Katalin Szende considered both horizontal networks (consisting of elements of the same rank and function) and vertical connections (within hierarchically structured systems of settlements of various ranks united by the same overlord or by ties of legal or economic nature). Examples of the first type included rulers’ seats and residences that defined the exercising of power and were bound by diplomatic visits of envoys and the rulers themselves. Seats of prelates (i.e., archbishoprics and bishoprics) formed a different sort of network, dominated by the papacy and its legates, but at the same time also serving as secular centers. Functional similarities, for instance in case of mining towns, created yet another sort of horizontal relationship in one region or across regions. Commercial contacts could result in both horizontal and vertical networks, the former mainly between centers of long-distance trade, the latter between nodes of regional and local retailing. Special attention was given to those aspects, such as trade and legal transfer which transcended the boundaries between Latin and Orthodox Christianity.

The discussion highlighted the various means and modes of networking in medieval times, from physical (travel and transport) through political (exchange of news and intelligence) to symbolic (use of symbols and rituals). At the same time, it pointed out features that have specifically developed or changed over time in East Central Europe or some parts of it, or which gained a different meaning in this region than elsewhere. 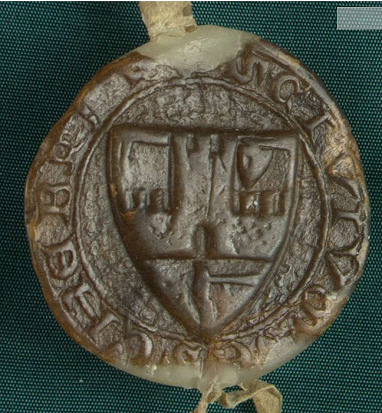 On May 27, 2019, Professor Katalin Szende held a seminar dedicated to “Royal Power versus Local Autonomy in Mining Towns in Medieval Hungary”. The aim of this presentation was to show the complexity of this development in the mining towns of medieval Hungary, particularly the way how the monarchs used the instruments of municipal administration to assert their own authority over this strategically most important branch of the economy. The discussion was be based on the hands-on analysis of several kinds of primary sources such as royal charters of privilege, the imagery of mining-town seals, and the structure and illustrations of the municipal books of selected mining towns.

This seminar reiterated the widely-accepted thesis of historical research that, by the fourteenth century, the kingdoms of Bohemia, Poland, and Hungary became integral parts of the European economy. One of the most important factors in raising their profile was the increasing output of the region’s rich mineral resources, particularly silver, gold, and copper. The other important novelty of the thirteenth and fourteenth centuries was the appearance and diffusion of pragmatic administrative literacy in the urban context. The analysis of this process revealed its gradual character: from the acquisition of urban autonomy to the appearance of civic archives, one can identify several distinct steps, each of which represent a new and higher degree of trust in writing and the expansion of its use.