Images of the University Corporation and their Uses in the Legal Rhetorics of the 13th–14th centuries. Paper by Dr Alexander Rusanov

In his paper, Dr Rusanov looked at the conceptual structure and vocabulary of legal texts that deal with the status of medieval universities. The speaker suggested that by studying the 'vocabulary' (alongside also its genesis and patterns of use) of scholarly communities formed within the framework of  Ars Dictaminis  and other rhetorical traditions, new insights can be gained into medieval interpretations of social phenomena.The legal status of university communities is of particular importance in this context. The status would often be defined within the distinctively fuzzy (and less-than-coherent) concepts of  studium/studium generale, universitas, schola.  Two early trend-setting documents were discussed as relying on this framework: Frederick Barbarossa's Authentica Habita regulating the legal status of Bolognese scholastic communities (AD 1155) and pope Gregory IX’s bulla laying down foundations of the university of Paris (AD 1231).  Both seminal texts feature the imagery of the 'light of education'. The other key concept of the bulla is the 'city of education', a Biblical reference. In the rhetoric of many 13th century documents, Athens encode the 'city of education' and therefore the many university centres of the time. Parens Scientiarum also introduces the metaphor of treasury implying that studium is a royal enterprise; it also strings the images of fortress/armaments as defence of the true faith, and stone heart set on fire by fiery preaching. All these images are brought together, in the papal bulla, through the rather rare metaphor of 'workshop' of the 'connoisseurs of mystical eloquence'.

The paper also discussed another document relevant to the study of studium generale in Paris — the epistle in which its members seek support from all the 'scholarly people and prelates of the church' against the Dominican order (AD 1254). The epistle frames together the Garden of Paradise and the Schools of Paris, with the four faculties compared with the four paradisiacal rivers. The image of the garden would often be used in reference to studia generalia both in clerical and civic writings.

Dr Rusanov also touched on representations of university communities as distinctive 'spaces of study' (locus studii) in art. Alongside manifold Biblical imagery employed to develop the trope of the garden and the 'House of Wisdom', there is traceable influence of Aristotle's thought e.g. in Conrad of Megenberg's Yconomica. Ambrogio Lorenzetti's fresco 'Fruits of Good Government' (ca. AD 1339) is a salient example of how legal emphases would fuse with Biblical imagery in medieval thinking about universities. In the fresco, studium is represented as integral part of the life of the urban community, a streak of God-sanctioned human labour that flourishes under 'good government'.

Further study of the images of scholastic communities (as part of Ars dictaminis), of their roots in earlier traditions and connections with contemporary art can promote better understanding of how medieval intellectuals would see themselves and the society they lived in.

About
Centre for Medieval Studies
About persons 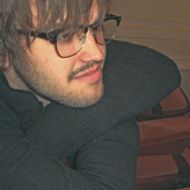